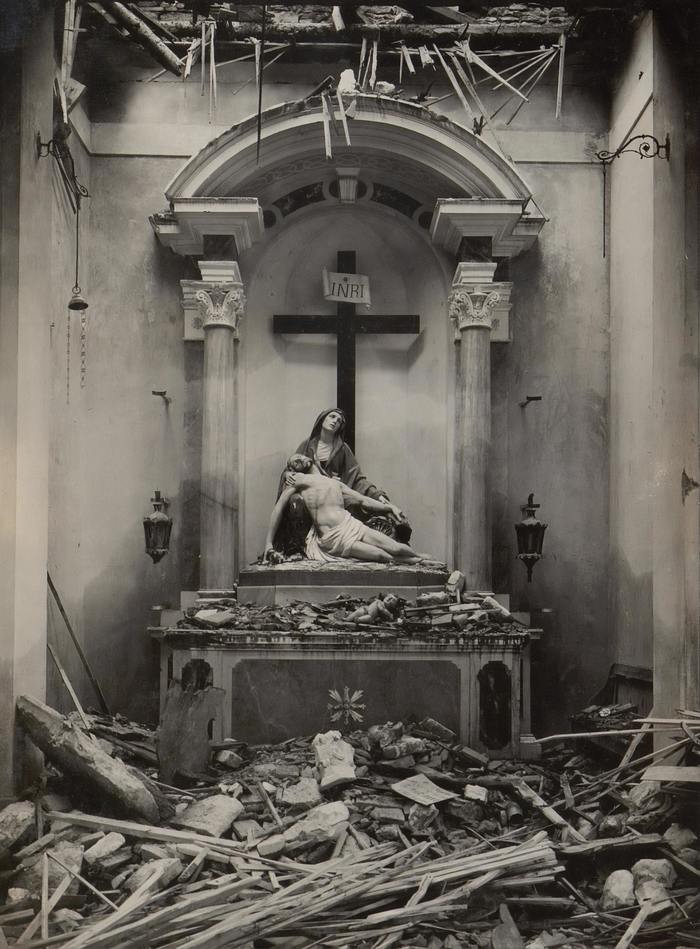 The last three weeks brought back a fear that I didn’t feel for 30 years: The fear of everything I love ending in an atomic fireball.

Kneeling under the flash of that fear is the moment when my faith either turns out to be real enough for the real world–or just make-believe.

It is easy to say “Even though I walk through the valley of the shadow of death, I fear no evil” (Psalm 23:4) when I have a good, stable income, health insurance, plenty of savings, and six figures worth of equity in my house. It is easy to say when I live in a quiet neighborhood where the biggest threats on the street are the occasional door-to-door salesman or stray dog.

It is easy to say when I live in a country that seems like a castle, standing behind the mightiest military in human history and two ocean moats.

Have any Christians in human history ever found it easier to recite Psalm 23:4 than middle class American Christians of my generation?

Last week, however, a mob boss with the world’s biggest chip on his shoulder (and the world’s biggest nuclear arsenal) began murdering his neighbors, sacrificing his own people, and threatening to use his nukes. I have no doubt that this nihilist who sees life on Earth as a zero-sum game would annihilate us all if it means stopping anyone but him from winning.

None of the things that make me feel safe and secure–from my home equity on that quiet suburban street to the might of the American military–can keep me safe from a mad madman with hypersonic nuclear missiles.

These days, I need Psalm 23:4 to be a lot more than just nice-sounding.

And I have so little practice at it being real and true because I haven’t needed the practice.

The other day, I was thinking about the people who wrote the Bible verses we like to quote in bad times, hard times. Bible verses like Psalm 23:4. I thought: Did they imagine that their words would have to hold up under the threat of nuclear war?

Then I remembered: The people who wrote the Bible lived every day as if the world could end that day. They couldn’t imagine nuclear bombs, but they did live in a time when death–either by human or natural causes–could come at any moment on any day. Whereas those things take us by surprise in our place and time, people in “Bible days” lived every day with all but the expectation that death would visit them.

The people who wrote the Bible lived in daily up-close danger from abandonment, disease, drought, exposure, famine, fire, raiders, robbers, weather, and wild animals. When they woke up in the morning, they didn’t know if they would find food to eat that day or if they would survive to go to sleep that night.

We live with those threats, too, but we built up a world around us that makes those threats seem distant and unlikely.

What I’m saying is that, compared to the existential threats that I fear coming at me from far away in the world today, the people who wrote the Bible ate, drank, slept, walked, and worked always in the valley of the shadow of death, always a minute from the doomsday clock striking midnight.

What faith! What hope!

Middle class American Christians like me may not be the best role models for real faith. At least not until we pass through enough crises that we have nothing left but our faith and hope in God.

As a middle class American Christian, I need to look to the people who wrote the Bible. They practiced faith and hope in the midst of their struggle to just survive one more day.

I need to look to the people of the world today who have nothing but their faith and hope in God.

When a Ukrainian in Kyiv or Mariupol recites Psalm 23:4, it is a lot different than when I recite it on my shady suburban street in middle America.

Do we believe this? Let us live like it.