When my marriage felt like it could be ending, it was really just beginning 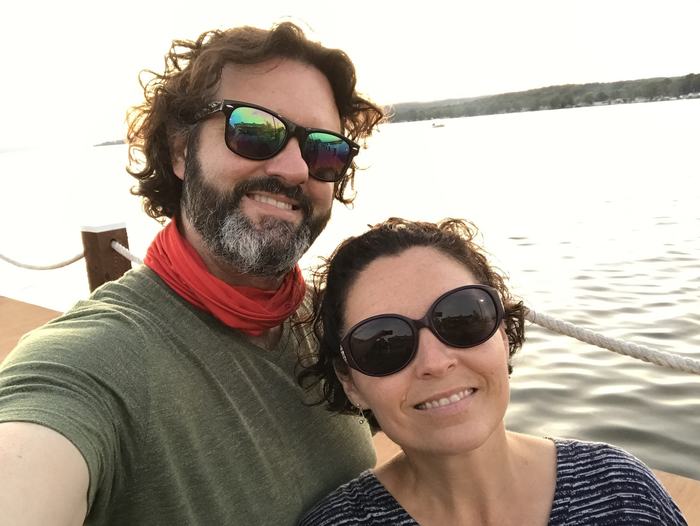 “You should talk about whether it’s a good idea for you to get married.”

This is the bomb the counselor dropped on my fiancee, Tracy, and me when we were just a few weeks from our wedding.

To get married at the church where Tracy grew up, we had to agree to a course of pre-marital counseling. For a few weeks before our wedding, we met with a counselor to talk about how we got along as a couple.

After one session, the counselor told us he saw some signs of trouble for our future together. While Tracy and I both valued and wanted most of the same things in life, we handled conflict in very different ways. Our different ways of dealing with differences looked like red flags to the counselor.

After that session, Tracy and I went to a nearby park and just walked around. I agreed with the counselor that Tracy and I had real problems working through disagreements. I also agreed with him that the way we disagreed with each other often made me feel very lonely and sad. He was giving us an “out” and telling us to think about it. I felt like someone had just told me that a family member was in an accident and was now in emergency surgery with only a chance of staying alive.

On one hand, I knew that breaking up with Tracy and looking for someone else could lead to an easier marriage.

But I didn’t dwell on that point because I found that it didn’t matter to me.

And that’s what I told her as we walked around the park. I agreed with the counselor that our relationship could be hard at times, but I also knew that being with her was worth it. I loved her and wanted to keep loving her. She was worth the extra work it would take for me to be with her.

A few weeks later, Tracy and I got married.

That was almost 13 years ago.

The truth is that the counselor was dead-on. Everything he predicted came true in our marriage. We have always had problems with things like communicating, making decisions together, and matching up our intimacy.

A few years ago, we went through a patch where the feelings we had for each other were on life support. We were going through a lot of things that required the best of ourselves, but we seemed to be at our worst. The ways that we didn’t quite “click” during good times became powder kegs that exploded during the bad times.

I never once thought about how to get out of the marriage, but I did think about how to do my own thing and go my own way apart from Tracy.

But someone gave me a book on marriage that really helped a lot. One thing that I remember from that book is a long-term research study the authors cited. That study looked at a large group of couples whose marriages were in trouble. The researchers compared unhappy couples that divorced and unhappy couples that stuck it out.

The study found that people who divorced their mates were equally or more unhappy five years after their marriages ended.

People who “stuck it out,” however, reported being very happy in their marriages five years later.

Authors of the book encouraged readers to not give up on their marriages. “Keep going,” they said. “You will be glad you did. The feelings you felt at the beginning will come back stronger than ever if you just stick with it.”

I chose to stick with Tracy. Part of that choice was faith. I believed that if I kept going with Tracy, things would get better. Things would feel better.

But I also chose to stick with Tracy because I believed in her. Even though I didn’t have strong affection or attraction for her during that time, I still knew in my mind that she was an excellent and special woman. I knew that Tracy would always come through any darkness to really shine as a human being.

It was a little more than five years ago that I chose to push through my own feelings and stick with my marriage and my wife.

I am so happy that I did.

It is no surprise that Tracy proved to be worthy of all the faith and trust I put in her. Even in our worst moments together, I knew that she is as true as true can be. She always comes through. She keeps coming through for me. For us. The sun rises. The sun sets. Tracy loves.

We also have gotten a little better at being married. The challenges we had a few years ago are still with us, but I see one big difference between then and now. Back then, we still hadn’t figured out how much we could depend on each other. We were still so new at marriage that we didn’t know if the other person would love us even at our worst. I think we held a lot back from dealing with our challenges together.

But going through that dark, uneasy time showed us that we are going to be there for each other no matter what. We can be clueless, sloppy, and weak sometimes, but the other is going to be gracious, patient, and supportive. We may not always like each other, but we never have to doubt our love.

That feels amazing. It feels like freedom. It feels like hope that our best days are yet to come. Going through a hard past with Tracy fills me with eager expectation for what our future could be.

I fell hard for Tracy when I first met her. I was attracted to everything about her. When I first had a real crush on her, I couldn’t stop thinking about her day and night. When we finally started dating, I wanted to be with her all the time. When we got married, I could not keep my hands off her.

And it’s all because we pushed through. We didn’t let the dark times, the hard times, the unfeeling times get us to give up on each other.

Going through those dark, hard, unfeeling times actually made our love better, stronger.

The moral of the story is that in any endeavor or relationship worth having and holding, we have to keep going. We have to push through. Darkness, difficulty, and the disappearance of affection and attraction will come. Every relationship has hair triggers and weak spots.

But the things we want most in life and in relationships are not what we get at “I do.” They are what we build and earn and receive as gifts by grinding through disappointment, disinterest, and drudgery.

Are you in the doldrums? Do you feel like you’re facing defeat?

Ask where you are putting your faith and hope. Then make the choice to push through. You will be happier for it.

Photo by Max Kukurudziak on Unsplash Last night, I tossed and turned for hours thinking about something that Fiona Hill said in an interview I read yesterday: “We’re already in [World War III].” Imagining where all of this will lead is... Continue →