“Artesian wells” and a tribute to Larry and Lynne Stewart 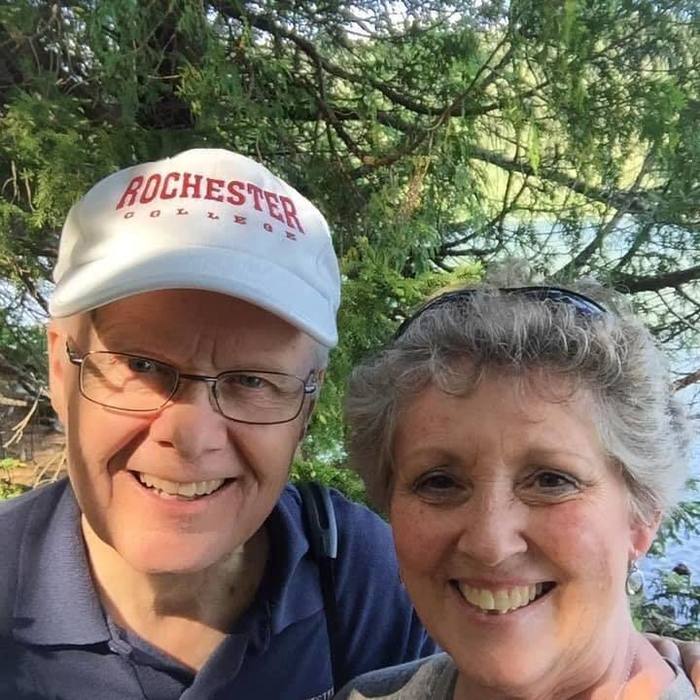 This is a tribute that I wrote to honor Larry and Lynne Stewart.

In a couple of minutes, you will learn about them and why I wish for you to join me in giving them honor.

First, however, we need to talk about artesian wells.

Sometimes water collects far below the ground in a space that it cannot escape. Pressure builds until the water shoots up and out of the ground through a weak place in the earth (“natural spring”) or a well that people dig or drill (“artesian well”).

My hometown got all of its water–enough to keep 20,000 people alive and working every day–from an artesian well.

I remember the surprise I felt when I learned this fact in my junior high science class. Up until then, I didn’t think about the source of the water that came out of my faucet. I and 20,000 other people were alive and well because someone we didn’t know drilled a well to bring us water from a source that we could not see–did not even know was there!

God is like an underground lake or river–almost always invisible and mostly forgotten or unknown. Nevertheless, God is powerful and the source of life.

Some people in this world are like artesian wells. They volunteer to be the spring through which the life and love of God flows into the world. Once in awhile, we know them. Most of the time, however, we don’t know them any more than we know the source of the water coming from our taps.

You see, the world is obsessed with two things:

First, “making a difference” so big that everyone notices.

And second: Getting more fame, money, and power. The world thinks it must have these things to “make a difference.”

People who are like artesian wells, however, are preoccupied by their love for someone or something. So much so that they miss their chance to get enough fame, money, and power to make a “real” difference that everyone can see.

Or so the world thinks.

But what the world misses is that “making a difference” doesn’t make a difference at all. Fame, money, and power don’t change things; they just get more of the same old things.

That contentment allows the life and love of God to flow through them and into the world. And so they, and not the “difference makers”, are the ones through whom God gives and sustains life for us all. We often do not know them. They are artesian wells, not because they want to be known, but because they want to love.

That brings me back to Larry and Lynne Stewart.

On the day that I write this, many people will gather to celebrate Larry and Lynne retiring from Rochester University after more than 90 years of service between the two of them.

Larry and Lynne go back a long way with what I call “the Rock.”

Their parents were board members with the association that formed to establish what became Rochester University in 1959.

Larry and Lynne were both Rochester students who chose to take jobs at their alma mater after they graduated. Over decades, they passed up career advancement, less stress, and more money elsewhere because those things were worth less to them than the love they have for the mission, people, and story of Rochester University.

Love and prudence do not always go together. For example, everyone would understand if Larry and Lynne left Rochester at one of the many times when it seemed the school would run out of money and shut down.

But they stayed and did whatever jobs they had to do for less, little, or even no pay. They believed–and they loved–that much.

While history books will give patrons and presidents all the credit for turning things around, you will never convince me that Larry and Lynne are not a very big reason that Rochester University is still here today.

They didn’t give millions of dollars. They didn’t pull a big publicity stunt that attracted national attention. They didn’t strategize a brilliant turnaround plan.

They were artesian wells through which the life and power of God kept flowing to the mission, people, and story of Rochester University.

Larry and Lynne are a big reason that the Rock is still here, educating and forming over a thousand students a year and serving countless people around the world through its alumni.

I think people like Larry and Lynne–artesian wells–are the only reason the human race is still here. Where would we be without them?

They don’t want awards, honors, recognition, or even thanks. The lovers don’t want these things because the love itself is its own reward.

May we choose to be like them: “Artesian wells” through whom the life and love of God flows to our own little corners of the world.

This week I announced to my social media network that I will vote for Hillary Clinton for President of the United States. Over my adult life, I’ve made it a point to keep politics to myself for the most part. I think I chose to be... Continue →