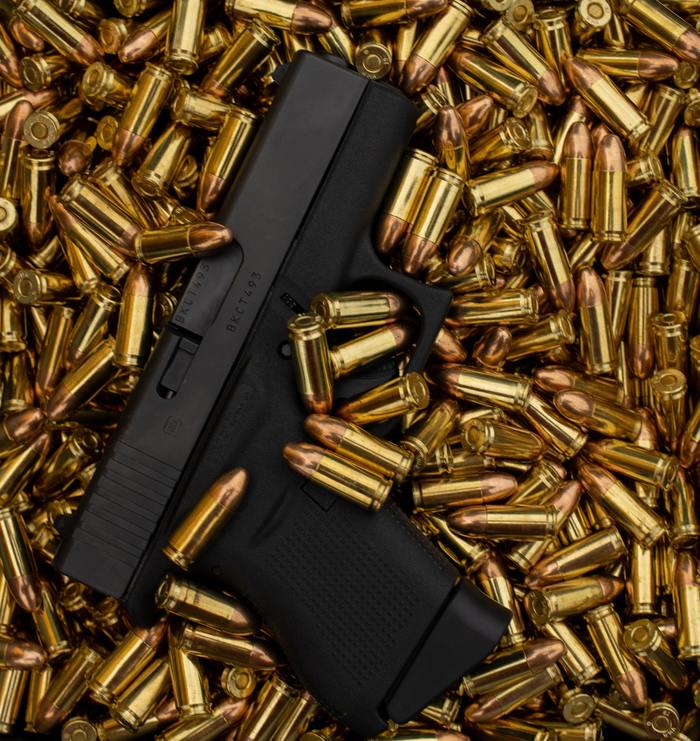 Photo by Jay Rembert on Unsplash

A week before I sat down to write this, family and friends gathered in Tennessee to celebrate and mourn my dad, Travis Irwin.

The mark of a man who lived well is that even strangers come to his funeral and go home feeling festive–like they went to a party.

Everyone who knew Dad (or got to know him by listening to people at his funeral) knew that he was a Christian pastor and preacher.

Even people who threatened Dad or tried to take advantage of him–and there were more than a few over a 45-year ministry career–found him to be willing to forgive them “seventy times seven.” He saw good in people that people often did not see in themselves. That is why he was willing to do good things for people who did bad things to him.

This is the kind of stuff that people said about Dad at his funeral.

Then one of the eulogists dropped in this line that maybe took some people by surprise: “Travis and I got our carry permits together.”

As in permits to carry concealed weapons.

Dad owned guns and he carried one.

Also for the record, I have strong doubts about apprentices and students of Jesus Christ making a public display of arming themselves. I know Christians whose devotion to guns and gun culture is idolatry, plain and simple. The ancient church of Christ overcame the world, neither by defending itself with weapons nor empowering itself with politics. Rather, it won over the world one neighbor at a time, through gentleness, meekness, and service. Christians in America make a grave mistake when they think that guns and politics can protect and provide. The Bible makes it clear that when God’s people trust political power and weapons of war for their protection, they become corrupt, poor, sickly, and weak.

I say this because guns are not the point of this post at all.

The point of this post is that we need to be careful about what we say and think about people.

To say that “all gun owners are bad” and to imply that all of them are somehow in league with mass murderers and psychopaths misses so many layers in so many people. It often feels good to make a “blanket statement” of condemnation against a whole group of people, but those statements are often far from the truth and not helpful at all.

Christians understand that there are not “issues” like guns; only people who are living complex lives in a complex world with other people living their complex lives. Jesus did not call on his apprentices and students to figure out the right side of issues; he called on them to listen and understand, serve and show patience, take each “neighbor” as he or she comes. This is how we attune ourselves to being just and doing justice.

This is one way that we trust our Christ to protect and provide.

Photo by DJ Paine on Unsplash This morning, I had a random thought about an old friend who came through for me at a time when I needed all the friendship I could get. I don’t know why I thought of her this morning. Maybe it was the snow... Continue →