What, to the white man, is Juneteenth? 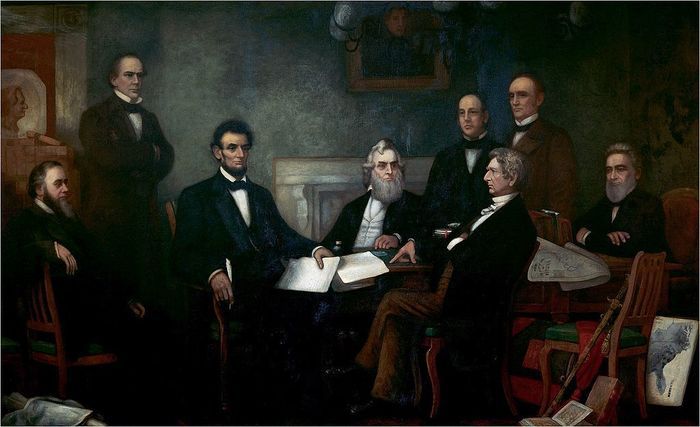 What, to the white man, is Juneteenth?

Before I try to answer that, let’s look at a little history.

Frederick Douglass (1817 - 1895) was a black former slave who became a leader in the movement to abolish slavery in the United States.

In 1852, he spoke to a mostly-white audience that gathered to celebrate Independence Day. He gave what history calls the What, to the Slave, is the Fourth of July speech.

Douglass asked: Why should black people (in the year 1852) celebrate the Fourth of July when the laws of the land denied them “life, liberty, and the pursuit of happiness”?

Not many years later, black Americans finally had a reason to hope that the ideals of the Declaration of Independence could apply to them, too.

On January 1, 1863, President Abraham Lincoln’s Emancipation Proclamation became the law of the land. The proclamation freed all slaves in rebel states. As U.S. forces took back territories from rebel control, they enforced the emancipation of the slaves in those territories.

By April 1865, most rebel forces surrendered and slaves were set free in all former rebel states.

Except Texas. Even though Texas formally surrendered to the United States on June 2, 1865, U.S. forces did not get there until June 19. Upon arriving in Galveston that day, U.S. Army Gen. Gordon Granger ordered that all slaves in Texas be set free in accordance with the Emancipation Proclamation.

One year later, former slaves in Texas marked the anniversary of June 19 with feasting, prayer, and worship. “Juneteenth” became an annual holiday among black Texans and eventually spread to black communities in other states as well.

The descendants of former slaves know from personal stories and the peculiar way that trauma passes from generation to generation that America is a work in progress. Douglass’s Fourth of July speech reminds us that the ideals of the Declaration of Independence applied to white men only for the first 92 years of the country’s existence. The law of the land did not recognize the rights of black Americans to “life, liberty, and the pursuit of happiness” until 1868. And it was not until almost 100 years later that the civil rights legislation of the 1960s gave black Americans legal access to those rights in all parts of the country.

Black citizens were not the only Americans whose rights the law did not recognize and uphold.

This does not mean that the United States is a failure. Rather, it means that the nature of our “experiment” is that we always have more work to do. Each generation of Americans has to activate and actualize the ideals of the Declaration of Independence more than the generations that came before.

“Liberty and justice for all” is like the health and strength of our bodies: In need of constant care. We stay healthy through nonstop effort that only gets harder the longer we live. “Liberty and justice for all” is like that. We are either stretching for it or we are falling away from it. We have come far since 1776 and 1865, but the ideals of the Declaration of Independence demand that we keep looking around, looking forward, and looking inward.

Abraham Lincoln knew how to do that. He grew to believe that it was impossible for the United States to survive if its laws denied 4 million black Americans “life, liberty, and the pursuit of happiness.”

When you find excuses that allow you to separate one group of Americans from their rights, someone will eventually use those same excuses to separate you from your rights, too. Lincoln understood the principle that America as a whole is only as free as its least-free citizens. This is why he fought so hard to save the Union.

So America cannot be America unless there is “liberty and justice for all.” Anything less and the whole thing will come down like a house of cards. We either believe in, and work for, the ideals of the Declaration of Independence or we do not. Douglass and Lincoln knew that there could be no “kinda sorta” in between.

That is why ending slavery became Lincoln’s passionate pursuit. Legal slavery did not just enslave 4 million black Americans; it enslaved all Americans in a system that made a farce of the Declaration of Independence. It chained all Americans to a system that was damning and deadly to everyone in it. It threatened the dream and the very existence of self-government. Self-government is either for everyone or it is for no one. There is no in between. Either all human beings are endowed with the same rights from their Creator or none of them are.

Lincoln is someone who could believe in the idea of America and show the greatest affection for it, while also giving it “tough love.”

For Lincoln, patriotism meant telling the truth about the country he loved and then giving everything he had to make it “a more perfect union.”

So, in the spirit of Lincoln, I ask again: What, to the white man, is Juneteenth?

Now that Juneteenth is a federal holiday, it is a holiday for all Americans to observe together. It is important, however, to remember who made the holiday and why they made it in the first place. We should honor and respect the culture, history, and people who birthed and raised Juneteenth to the level of our national awareness. They are model Americans who show the rest of us what America is really all about.

I have to admit that I don’t have any idea how I will observe Juneteenth as a white descendent of slaveowners, but I think there must be room for all of us to find a way to keep the day.

I imagine that no two American families celebrate Thanksgiving the same way. My parents grew up in the South, but raised my sisters and me in the North. They used to make a joke about the difference between the Thanksgiving stuffing that Northerners prefer (bread) and Southerners prefer (cornbread). Whether a family eats bread stuffing or cornbread stuffing does not change the meaning or the validity of their Thanksgiving observances. When we consider all the ways that Americans keep the holiday, it forms a mosaic of cultures, customs, and histories that make our common keeping fuller and richer. “E Pluribus Unum.”

Black and white Americans will never be able to observe Juneteenth in the same way and that is OK. Different groups of Americans celebrate American holidays in many different ways. With Juneteenth, however, it goes a lot deeper than a difference in cultures and customs. Here is what I mean: Veterans Day feels a lot different to my wife, whose father and grandfathers fought on the front lines of wars. They told her stories about what they went through and what they lost and what it meant to them. Neither of my grandfathers fought in wars and neither did my dad. That doesn’t mean I can’t observe Veterans Day; it does mean that I won’t experience it the same way my wife experiences it. For her, the meaning of the day is deeply personal and full of feeling because of her family history.

Black Americans who descended from slaves will always experience Juneteenth in a way that the rest of us can neither fully feel nor grasp. Nevertheless, the holiday now belongs to the rest of us, too. We can still observe it and we should.

In that sense, Juneteenth really is for all Americans.

It turned out that all ten participants at the program were white.

Rather than use that as an “out,” I started the program by wishing everyone a “Happy Juneteenth.” During the time when we go around and ask participants to introduce themselves, I asked each one to share what “emancipation” meant to them.

One woman shared that her husband of 40 years is black. She brought up the 1967 Loving case that made it legal for black and white people to marry each other. For this white woman, “emancipation” meant that the law protected her right to be with the man she loves.

One of the white men in the group shared that he sometimes looks in on a pet for a friend who lives in a white neighborhood. At a dinner the night before our program, a black friend told him that she once looked after the same pet for the same friend. When neighbors saw her entering the home, they called the cops. A strange white man entering the home did not alarm anyone, but a strange black woman did. To the man telling the story, “emancipation” meant that his friend would not have to suffer that kind of embarrassment and harassment just because she is black.

I don’t know how I will observe Juneteenth for the rest of my life, but asking questions, listening to stories, and telling the truth seems like a good start.

Christians like me have two basic rules for life that we received from our Christ: Love God and love our neighbors. I like to say that we love God by loving our neighbors.

But who are our neighbors?

In America, they tend to be people who live and look a lot like us.

But when a community leader asked Jesus “who is my neighbor,” Jesus told a story about a man from another place and another “race” (Gospel of Luke 10:25-37). The Christ made it clear that Christians are the people who take action, or, better put, *pro-*action toward those who are different.

For me, then, Juneteenth is another reminder from God to consider my neighbors from other places and other “races.” How might I better love them in deed, both as an individual and as a member of this society?

How might I put into practice the mission statement of my Christ:

The Spirit of the Lord is upon me, because he has anointed me to bring good news to the poor. He has sent me to proclaim release to the captives and recovery of sight to the blind, to let the oppressed go free, to proclaim the Year of the Lord’s Favor (Gospel of Luke 4:18-19).

As a Christian sojourning in America, then, I will make Juneteenth a day to ask anew: Who are the captives still among us? Who are the oppressed?

And I will pray in the name of my Christ that he will help me do the hard work that leads to joyous celebration when all of us are truly “free at last.”

Give honor to whom honor is due (Letter to the Romans 13:7). My dad, Travis Irwin, died on June 1, 2022, after a hard, long slog with cancer. He was 72 years old and just 15 months into his retirement after 45 years ministering to Church... Continue →