What a unicorn man taught me about America 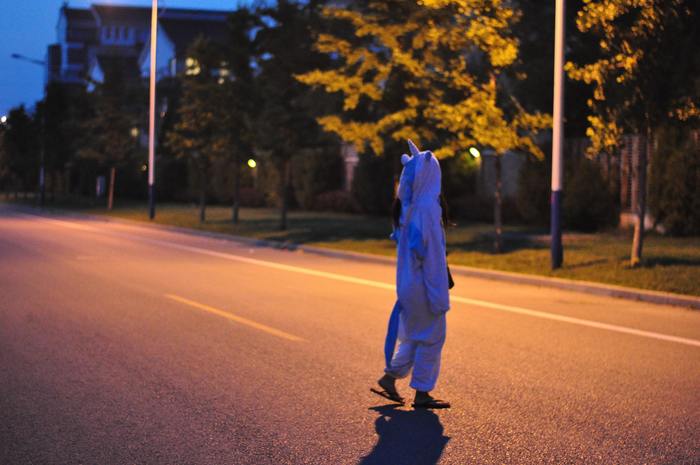 Photo by Rosalind Chang on Unsplash

Wait a minute. Is that guy wearing a unicorn costume?

I was in a restaurant, waiting to pick up my takeout order. The place was empty except for the man coming through the door.

I took a couple of steps back and tried to not stare.

A sight like this causes a man to search his mind for an explanation.

Could he be a performer on his way to a children’s party?

The grubbiness of his costume and his unkempt face made that unlikely.

When he stepped up to place his order, I listened for how he would explain his costume to the woman at the register.

But he didn’t. He gave a cheerful “hello,” said something about the weather, ordered his food, and told her he liked her shirt (bright red with a picture of a hamburger on the chest).

That’s when I knew that this man did not think of himself as a man wearing a unicorn costume; he thought of himself as a unicorn. A unicorn just out to pick up a Whopper and fries on a February afternoon.

I said to myself: God bless America. That guy gets to vote.

The thought stunned me.

First, because I had the thought (out of all the thoughts possible at the sight of a full-grown man in a unicorn costume).

Second, because the thought itself is stunning.

In America, a man who thinks he is a unicorn gets to vote…and his vote counts as much as mine.

(The things I think about when standing at the soda fountain at Burger King!)

Oh, but I did think about this. In America, the idea is that we don’t have first class citizens, second class citizens, and so forth. We built our nation on “the proposition that all men are created equal.”

Including men who think they are unicorns.

Yes, the man in the dirty unicorn costume is to be equal to every other man in his access to, and application of, power.

Does this seem dangerous? Foolish? Nonsensical?

Everyone in the world thought that in 1776. The United States declared its intent to set up a society where unicorn men are not lesser than, or second to, the elite, the “high-born,” and the rich.

But the truth is, “our fathers” fell far short of the intent they expressed so well at the start. For most of our nation’s history, the law kept many–if not most–Americans in a “second class” whose members could not vote. That is, they could neither access nor apply political power of their own.

This seemed reasonable and wise to the “first class” men who kept “second class” people away from power–for the good of the country, of course! Imagine what would happen if too many unicorn men got real power!

I have to admit: I’m alarmed and maybe a little resentful that a unicorn man counts as much as I do. Why should a guy who thinks he’s a mythological creature have as much access to, and use of, political power as an educated, employed father and husband who goes to church and serves as a local elected official in his town?

When I think about it this way, the idea of America is as counter-intuitive and radical today as it seemed to the world in 1776.

It takes faith to believe in the idea of America because it takes faith to affirm and uphold that power–power that affects me and my family and our future–rests even with unicorn men.

The real question we need to ponder together today is not whether to vote for Democrats or Republicans. The real question is whether we still believe in the idea of America, the “proposition that all [people] are created equal” and, therefore, must be equal in their access to power.

In the United States of America, unicorn men vote. Thank God they vote! And I will do everything in my power to make sure they always can and do. For their own good and for mine. And for all of us. So “that government of the people, by the people, for the people, shall not perish from the earth.”

About two years ago, I began keeping a daily journal. Every morning before the sun comes up, I fill one page with thanksgiving. Whatever gratitude brings to mind, I write it on the page in no order. Going back through several hundred... Continue →