What happened to the shepherds after their appearance in the Nativity? 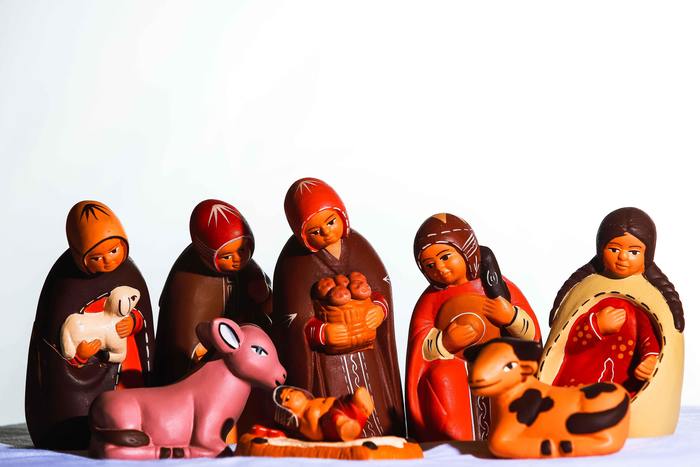 Photo by James Coleman on Unsplash

What happened to the shepherds when the camera stopped rolling?

In that region there were shepherds living in the fields, keeping watch over their flock by night. Then an angel of the Lord stood before them, and the glory of the Lord shone around them, and they were terrified. But the angel said to them, “Do not be afraid; for see–I am bringing you good news of great joy for all the people: to you is born this day in the city of David a Savior, who is the Messiah, the Lord. This will be a sign for you: you will find a child wrapped in bands of cloth and lying in a manger.” And suddenly there was with the angel a multitude of the heavenly host, praising God and saying,

“Glory to God in the highest heaven, and on earth peace among those whom he favors!”

When the angels had left them and gone into heaven, the shepherds said to one another, “Let us go now to Bethlehem and see this thing that has taken place, which the Lord has made known to us.” So they went with haste and found Mary and Joseph, and the child lying in the manger. When they saw this, they made known what had been told them about this child; and all who heard it were amazed at what the shepherds told them. But Mary treasured all these words and pondered them in her heart. The shepherds returned, glorifying and praising God for all they had heard and seen, as it had been told them.

In our imaginations, the shepherds are always floating in the swirling glory of heaven. Or they are holding their breath as they touch their foreheads to the ground before the manger. Or they are waking up the whole town as they dance, shout, and sing on their way back out to the fields.

But then the camera stops rolling. The author of the Gospel moves on to another story in verse 21. Our memories freeze the shepherds in the poses in which we last saw them in the Bible story: “glorifying and praising God.”

But the shepherds went back out to the fields. Back out into the cold, dark, silence of the place where the world wanted them to stay. Shepherds didn’t get to enjoy what most people took for granted: A regular sleep schedule, a roof over their heads, warmth on cold nights.

Shepherds didn’t have family or many friends who weren’t also shepherds.

Shepherds lived hard, lonely, poor lives that nobody noticed. That nobody wanted to notice. That is because shepherding is what a man had to do when decent society found him unfit for anything else.

To be a shepherd then was the same as being on a “registry” now.

Shepherding was a mass grave for the living.

That cold, dark, lonely mass grave of a life is what was waiting for the shepherds as they left the Bethlehem city limits.

It seems unlikely that they ever heard or saw another angel as long as they lived. Maybe one or two of them lived long enough to see the unemployed carpenter from Nazareth start his roving ministry, but did they make the connection to the baby in Bethlehem?

What I’m saying is that life went on for the shepherds just as it had before that night in Bethlehem. It was still just as hard as ever.

The truth is, Christmas did not change the world.

If we manage a moment or two of glory and light on December 25, we will find ourselves right back out in the cold, dark, wilderness again on December 26. While we celebrate Christmas, the world is still out there waiting to have its way with us just like always.

I used to wonder if Christmas really “worked.”

I listened to the Nativity story. I sang the Christmas hymns.

When I was young, I believed that reality would one day conform to those Christmas songs and Christmas stories. I thought this would happen in my lifetime, when I got a little older.

But instead, I got old enough to know better.

This is bad news. So bad that you may have a hard time accepting it.

No, Christmas has not, and apparently will not, change the world.

But will you choose to believe that Christmas can change you?

Just because the shepherds went back to a world that was as cruel and gloomy does not mean that their night of glory did not happen. The angels really did appear to them. The heavenly host really did sing to them. They really did see a sign from God: A child in a manger.

Even if they never experienced glory again for the rest of their lives, they did experience it once.

The question is: Was that enough for them?

Did they choose to keep believing in that one night of glory to carry them through all the nights that came for the rest of their lives? Nights of boredom, cold, danger, doubt, heartbreak, hunger, loneliness, shame, sickness, and terror.

If they did choose to keep believing, the world did not change, but how could they themselves not change, even as they lived on in the world?

Do not take the never-ending darkness of the world as proof that glory is not shining bright somewhere.

Do not take the hardship and shame and sorrow of life as proof that glory is not for you.

Christmas cannot change the world because the world does not really believe in Christmas. If it did, it would not have tried to kill Christmas’s namesake twice.

The question is: Will you let Christmas change you?

What will you choose to believe?

Perhaps you can be like the shepherds who, even as they went back to the same old world, went “glorifying and praising God for all they had heard and seen” (Gospel of Luke 2:20).

Grace and peace on Earth, goodwill to all living things.

The sign says “Old Country Store,” but I know it’s actually a Fortune 1000 company with $2.91 billion in annual revenue and a current NYSE share price of $171.70. Most of Cracker Barrel’s 639 stores are not old (they were built in the... Continue →