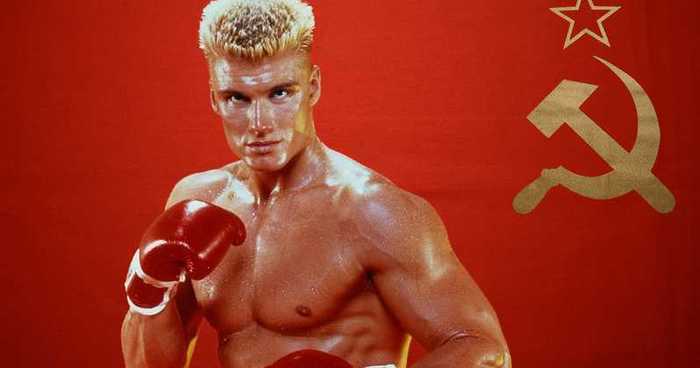 Russians saved me once.

The months after I graduated from college were lonely and strange.

I went to a small town Christian university where I belonged to a group of friends who held me close in light and warmth.

Upon graduation, I took a job at a big company that moved me to Chicago, hundreds of miles away from everyone and everything familiar to me.

As summer turned to fall and the days got colder and darker, my soul turned cold and dark, too. Every day, I got up before sunrise to fight the city traffic to the office. I worked all day in my grey cubicle. Since I didn’t have anyone waiting for me back at my apartment, I stayed at work until long after the sun went down. Then I made the long commute home, stopping for take-out that I ate alone before going to bed early.

For a few months, it was the same thing every day.

I was so lonely. And sad. I wished that I could go back to the way things were in college. Back to the light and warmth.

Then I met four new friends. They were recent college graduates, too, and starting out in Chicago just like me. One night, they invited me to dinner at the house where they lived together.

I seized their invitation like a freezing man seizing a blanket.

That first dinner turned into a weekly gathering. Friendships quickly formed. By the next spring, I was at their home two or three times a week. We played games. We prayed and studied the Bible together. We talked.

When the weather got sunny and warm, we took our friendship outside. We cooked out, explored the city, and went camping together.

I grew to love those four friends.

Oh, did I mention that they were Russians?

I remember one night when we were eating ice cream together, we talked about how surprising it was that we ended up friends. I told them about growing up in America in the 1980s. Russians were the “bad guys.” I admitted that my mental picture of Russians came from watching Rocky IV.

My friends told me that, growing up in the Soviet Union, Americans were always the “bad guys” in their movies and TV shows.

Yet there we were: Close friends eating ice cream and laughing together. I know that before that night ended, we prayed together, too.

But these days, I keep thinking about them.

Would events in the world make us think of each other as “bad guys” again?

At the time that I lived in Chicago, I listened to a lot of music by Rich Mullins, someone who came as as I anyone I know to living like Jesus.

Mullins wrote a song, ‘While the Nations Rage’, drawing inspiration from Psalm 2.

You can listen to the song here:

Here are the lyrics. I choked up every time I sang this song 20 years ago and I choke up even more now:

Why do the nations rage?
Why do they plot and scheme?
Their bullets can’t stop the prayers we pray
In the name of the Prince of Peace
We walk in faith and remember long ago
How they killed him and then how on the third day he arose
Well, things may look bad
Things may look grim
But all these things must pass except the things that are of him

CHORUS
Where are the nails that pierced his hands?
Well the nails have turned to rust
But behold the Man
He is risen and he reigns
In the hearts of the children rising up in his name
Where are the thorns that drew his blood?
Well the thorns have turned to dust
But not so the love
He has given
No it remains
In the hearts of the children who will love
While the nations rage

Geopolitics is one thing, but the kingdom of God is another.

Russian President Vladimir Putin is indeed using the power of the Russian state to do great evil to innocent people in Ukraine…and in Russia. As King Herod slaughtered the children of Bethlehem (Gospel of Matthew 2:16-18), Putin slaughters children in Ukraine (and would slaughter children in Russia, too, if they threatened his power). May God deal with him.

But my Russian friends are not Vladimir Putin. They are not the Russian state. They are brothers and sisters in Christ, fellow citizens of the kingdom of God. We must walk a common path together even as our chiefs of state are at war: Speak truth to power. Keep the bond of peace between us. Pray for one another and try to be the answer to our own prayers.

Most of all, we must keep loving each other even “while the nations rage.”

This is the Way.

About two years ago, I began keeping a daily journal. Every morning before the sun comes up, I fill one page with thanksgiving. Whatever gratitude brings to mind, I write it on the page in no order. Going back through several hundred... Continue →